Healing and the Healer 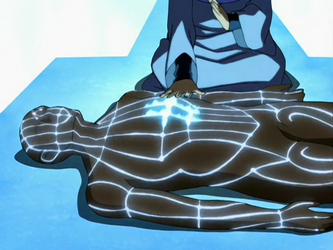 These are just my views and it is perfectly okay for people to have different opinions or believes. I am not claiming this to be the only truth nor do I think it is false. It is how I have come to understand this subject. As someone once told me - "You are either a pretty wise and connected human being or totally delusional, whichever it is, it seems to work."

All our ailments arise from our state of mind, our thoughts, the emotional knots within, fears, situations or people that have left us with some anger or resentment within etc. Today even modern medicine accepts this fact.
Traditional medicine branches which depend on herbs etc work on curing the physical ailment but if the root cause that  is the thoughts, baggage's etc are not removed they will surface as another ailment may be today may be after a few months or years. Modern medicine or allopathy works on chemically annihilating the chemicals causing this ailment. So they usually work with suppression of an ailment and not its cure.

Traditional medicine use to be administered with healing practices and procedures. However nowadays that combination is not easy to find.

Healing is basically our souls and bodies ability to heal itself. Sometimes we need guidance or an extra burst of energy from someone else to assist our body and soul to heal. It is something which has been looked at with much scepticism by many. In an era where cure is looked as a war between different chemicals anything which does not have any chemical equations involved is usually just called a Placebo or a farce. Often being the last resort for people after they have tried everything.

When we dive within and connect with the energy all our blockages gradually begin to dissolve. After all we are all just energy. This is exactly why even the most sceptic human beings feel so relaxed and at peace when in nature. They may not agree with energy healing but the abundance of energy in nature doesn't need their permission to heal them and make them feel good.

This new age word is about anyone healing without the use of chemically proved formulas. Well Placebo exists even in modern medicine. Everyone who takes allopathic medicine does not recover the same way. Some recover almost instantly, some take longer and some continue to be ill till the chemical formula is altered or doctor is changed. So here too the recovery depends on how much faith the patient has on the doctor or the conviction they have in the potency of the chemicals to help them recover.  Placebo exists in all walks of our life. What we call Placebo is just a very powerful form of affirmation where one completely believes in the result before even getting the result. We believe for sure that we will receive a salary at the end of a month of slavery ( the word salary and slavery both come from the word Salt). So we do receive it. Trust me a document stating that one will be paid a certain sum at the end of the month is not what gets most the paycheck. It takes just seconds to break the promise to pay on paper and then there can be a legal battle to claim it. Many affirm subconsciously that they will get stuck in traffic while going to work and so they do. It is even more powerful as millions of people are affirming the same thing subconsciously every morning.

There is a wonderful true life story which I would like to share. There was a lady in America who was diagnosed with terminal cancer and was told she had just 3 months to live. Her friends told her about psychic surgery performed in Indonesia. She did not believe in all this. However she planned to travel for the last 3 months of her life. She was travelling through South East Asia. Her friends kept texting her to give psychic surgery a try. Finally she agreed to when she was in Indonesia. I guess she agreed to try it to prove her friends wrong. She went to meet the healer and got the healing done. The healer told her that she has healed and is free from cancer. She just laughed at him and continued her travelling. 3 months later she died on the exact day the 3 months were over from the day the doctor told her. They did an autopsy and were surprised she did not have even a trace of cancer. Her body just shut down. Isn't this also a Placebo effect, where she believed the words of her doctor as the only truth and her body and mind affirmed it in to her reality.

We are all healers. Each and everyone of us is a healer. Some are aware of this ability, some learn it and some will learn it when they are ready. A healer is not an enlightened omnipotent being. She or he is just like all of us. They have just come to understand certain things about energy and our connection within. It doesn't have to come with lifestyle changes or to be set in to the image of what society has labelled as esoteric or spiritual human beings. Even a human being who is in to heavy rock or metal music, has a purple mohawk, leather clothing, parties all night etc can be a healer. Sadly we are stuck with appearances rather than the connect. I find it funny when people I don't know see my beard and long hair and assume who I am or what I do. Many have even asked me where my yoga or ayurvedic clinic is. The labels are what first begin to dissolve as one begins to wake up to the fact of being a healer. A healer is someone who assists another with the process of self healing. If the human being they are working with does not work with them then there is a probability of the healing not being very effective. So in essence a healer makes one heal their own self under their guidance. Yes they do give energy to those that come to them to heal. They energetically assist in making it a more conducive environment to heal. A healer will over time make one question their perceptions or say or do certain things to bring out introspection in the other. This they do to show a path without directly pointing at it and then they wait like a shadow. If one takes the path or goes in totally the opposite direction, either way the healer will still be by your side. It doesn't matter what school of thought or believe system a healer follows. In the end it all boils down to connection with the energy within and all around in the universe.